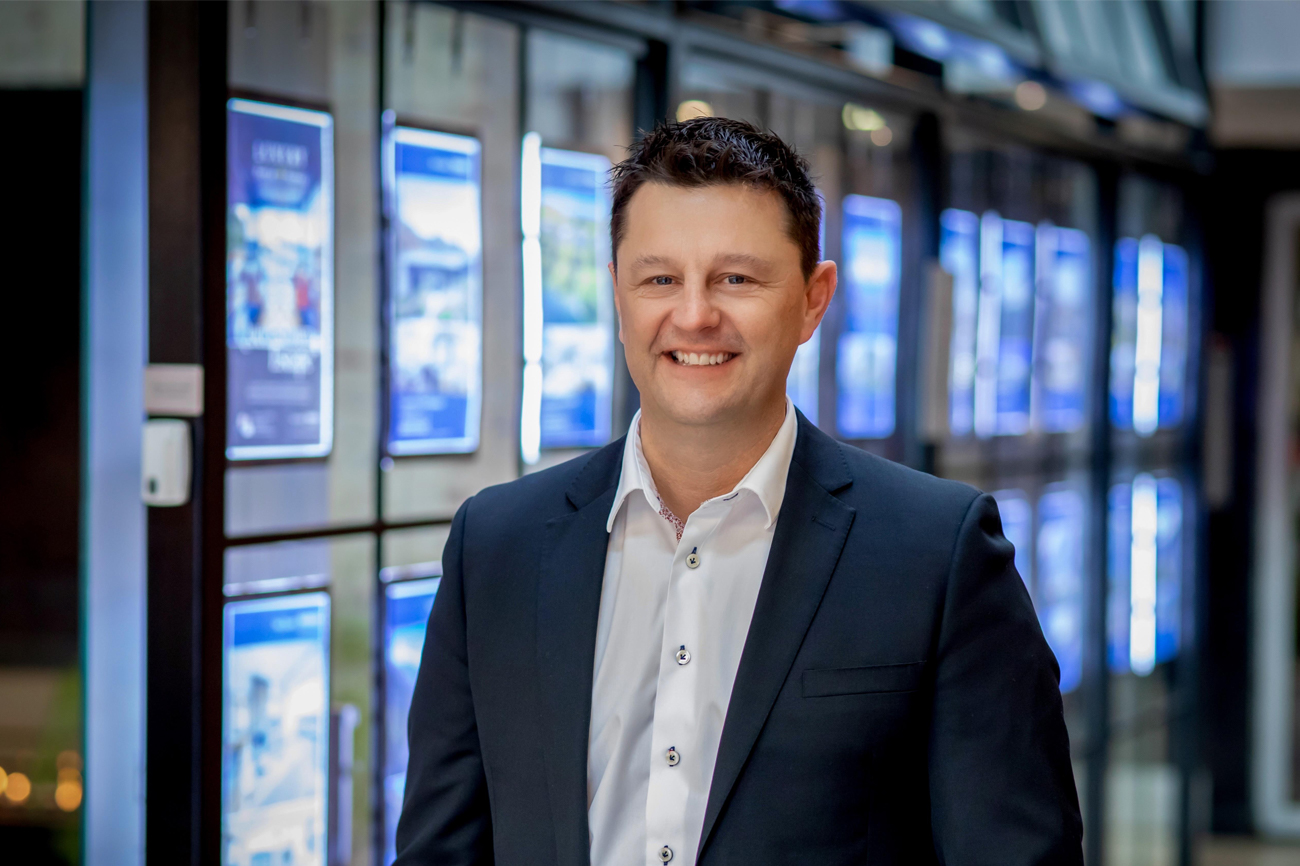 Business Desk features our MD & Co-Founder, Mark Harris in their latest edition of My Net Worth.

Mark Harris came to New Zealand in 2002 after a career in television through the 1990s spanning ad sales, marketing, production and sponsorship. In 2005, he and business partner Julian Brown won the New Zealand franchise for Sotheby’s International Realty and have built it into a nationwide business from their base in Queenstown. He also developed the luxury Lordens Apartments complex overlooking Lake Wakatipu. He and wife Erika (née McLeod), a former New Zealand Olympic alpine ski racer, have three children.

I grew up in Sydney, sailing, wind surfing and surfing. I got tired of getting smashed at rugby and I thought, “I’ve got to do something which gives me the same level of physicality but where I don't get crunched!” As I get older, I can see myself returning to competitive sailing.

A mate and I wrote a rock’n’roll music programme. It was called Ground Zero. It was terrible. But it went to air for two hours every Friday night for four years on the Ten Network through the 90s and they kept on renewing us, which was a surprise to us.

We didn't know what we were doing but I think that was part of the reason it actually was watched. People liked it because we would stuff up all the time. We’d come out of ad breaks with someone walking across the set, a shot of the cleaner… Good fun.

In the background, I was sailing professionally on the 18-foot skiff professional circuit. I also sailed in the Sydney-to-Hobart race, which is four nights, five days. It’s pretty scary – Bass Strait is not a pleasant place when it’s windy, 45 knots, and you’ve got a mast-high wave coming towards you.

An interesting thing I didn't know when I got to New Zealand was that my great-great-grandfather Wolf Harris arrived in Arrowtown in 1857 as a 16-year-old from Poland. He had gone to Ballarat first but ended up here. He started a family business, which ran until the 1970s, called Bing Harris, which was one of New Zealand's largest wholesale merchandising businesses. Mark Harris (front) racing in Falmouth, UK in 1996.

My father was at school in Whanganui, and then he ended up at Cambridge University, as had his father and grandfather. I’m the first one to break that chain. He met my mother at Cambridge and ended up in Sydney.

I got involved with Belle Property in Australia. They asked me to come and launch a business over here. I did that for a year with Julian Brown, a Queenstown local who is still my business partner. 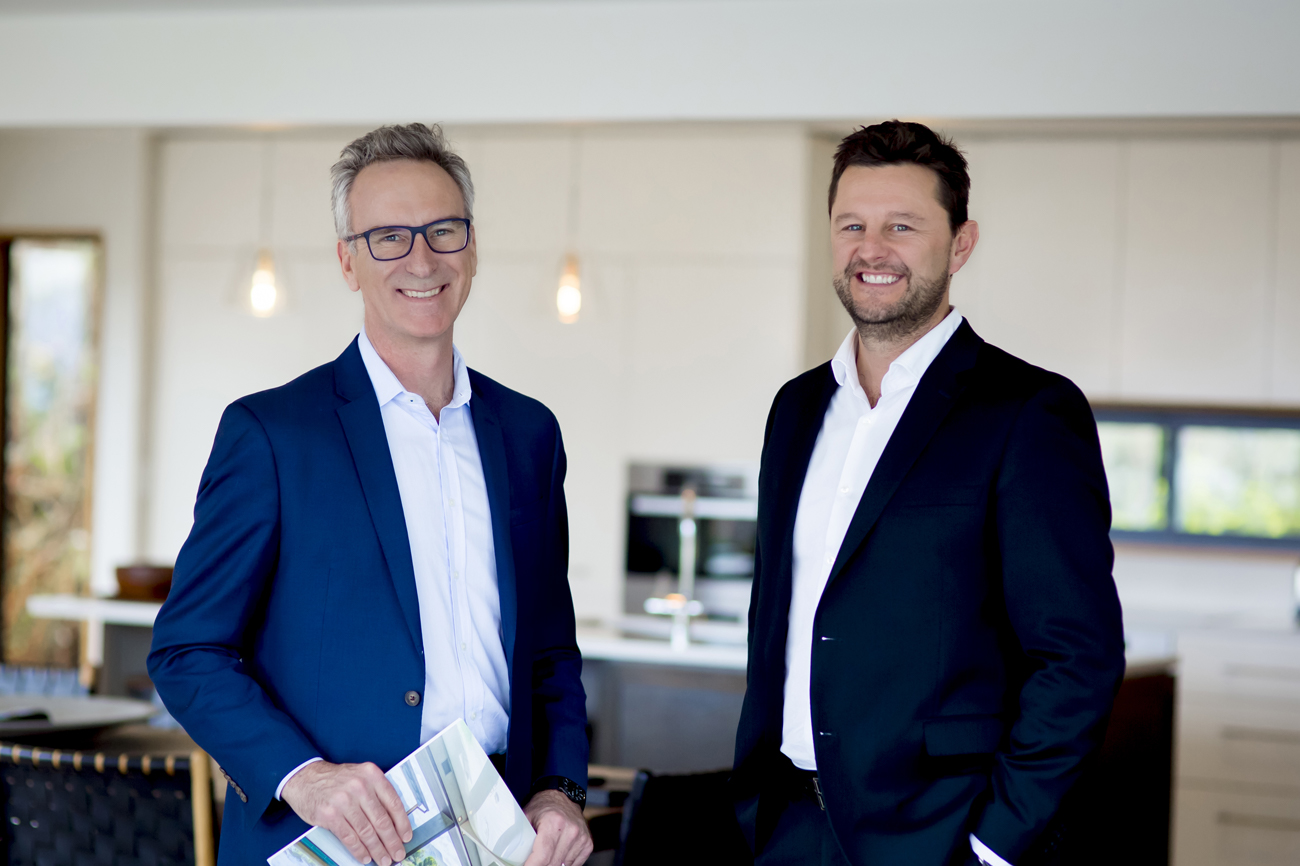 We'd been approached by John Darby, who’s a “James Bond” developer, to sell all his property, and he said, “Boys, you need to get a brand, you can’t be Mark and Julian.” We were in the competition to get the Sotheby's franchise. We didn’t hold out much hope of getting it because we were 31, 32 years old. But they liked us so we were lucky enough to get it, and the business has gone from there.

I hadn’t done any real estate before, but I'd done communications and marketing and TV. Luckily, I had met Julian, whose history was in real estate. We combined quite well, and we're still doing that today.

We didn't pay ourselves a salary for 10 years. We just basically ate what we killed, and grew the business out of doing deals. I became a real estate agent pretty quickly because I had to.

The best thing about it is the ability to meet interesting folks and enter their lives in a meaningful way.

Cracking the billion-dollar mark in sales was something we'd aimed for. We're now at $1.6 billion. Doing that a few years ago was a big milestone for us. Then we won the best real estate agency in the world award, which was awesome. Part of the joy is continuing to break records.

I’ve certainly made a few mistakes along the way and that's just part of the learning curve.

Now the kids are all at school, Erika and I are starting to get out and about again. We went to Hawke’s Bay and did the marathon. I go mountain biking with my son, and play golf every now and then – badly. And we ski – both days of the weekend, so we’re a fairly active family.

We’re big into skiing. We've been to Canada a couple of times so we'd love to reboot that. The Winter Olympics are on again in Italy in 2026, so I think our goal would be to take the kids and show them where mum competed 20 years ago.

Interview as told to Paul McBeth. This interview has been edited for clarity.

One of New Zealand's most architecturally impressive towers is taking shape - and revealing the future of urban living.

From coastal baches to city living we look at the extraordinary properties on the market in August.

Curated Spaces - Autumn is the ideal time to liven up your home with rich, luxurious textures and fresh new colour tones